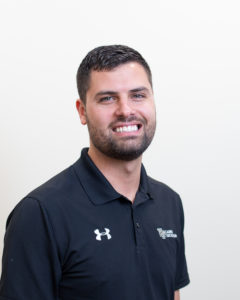 Matt is a Certified Pool Operator and Exercise Physiologist as well as a member of the National Intramural and Recreational Sports Association (NIRSA). He received a B.S. in Exercise Science from the University of North Carolina – Charlotte (11′) before serving as a United States Peace Corps Volunteer in Cambodia (11′-13′).  He continued his education at Texas A&M University (16′) where he received a M.S. in Kinesiology while also working as the Graduate Assistant of Aquatics. Matt was also LSU’s Aquatics Coordinator before joining the Wake Forest team in March 2018. Originally from Concord, NC, he’s excited to be back in his home state.

Find us on the campus map